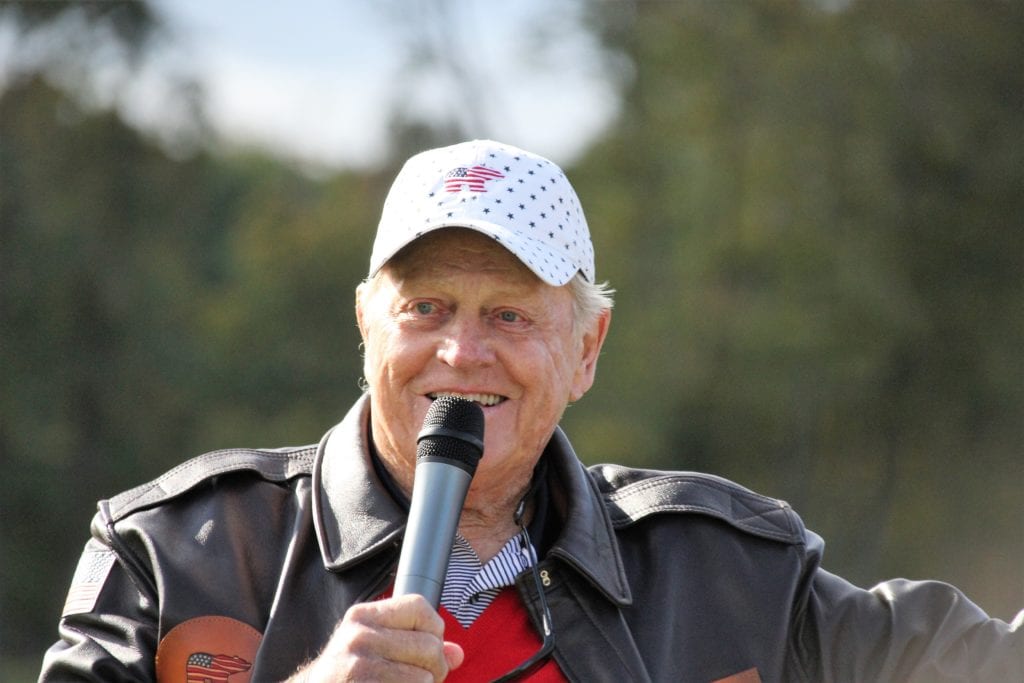 To many and likely almost all of his fans, Tiger Woods roaring back to major championship level in the 2019 Masters Tournament was the greatest golf performance they have witnessed.

But to others, even if they are Woods fans and perhaps a bit aged, as in born before 1975 or so, there’s another performance at the Masters that falls in that same category.

It was 1986 and Jack Nicklaus, now shooting at 80 but who was age 46 at the time, had been written off by many because he had not won a major in six years. He seemed too busy with other stuff like designing golf courses.

Then that spring, on the back nine on Sunday true to Masters Tournament lore, Nicklaus charged and raised cheers through Amen Corner and across the back nine to victory.

I’m aged, like fine wine I tell my spouse, and I’ve witnessed either via television or live with my eyes the Olympic Games, Super Bowls, Final Fours, the World Series, U.S. Opens and more, including a bunch of Masters Tournaments live in Augusta, Ga. starting in the 1980s.

JACK WAS IN GRAND HAVEN

Just a month ago I chatted with Jack about it, too. He was nearby in Grand Haven at the American Dunes Golf Club where he has designed a celebrated new golf course, and as usual he was gracious with answers and willing to talk all day about the game he loves. Of course, that 1986 Masters came up, because this pandemic Masters is being played in November and not April, and well, because it always gets brought up.

“I get asked about it all the time, of course,” he said and smiled. “What do you want to know?”

I really didn’t have a follow-up question. I’ve heard them all and the answers over the years, most notably in his annual press conferences at the Masters when he would be asked to recall 1986 each time.

His smile at the mention of 1986 was all I needed that day at Grand Haven. I’m content to remember it in my ways. Let me share a few.

You’ve seen the iconic picture or television replay. He makes a putt at No. 16, raises his putter skyward and the thousands of people surrounding the beautiful par 3 explode with emotion and cheers. He was one shot behind. Nicklaus has said many times he kept getting tears in his eyes and kept reminding himself that he still had golf to play. Even the golf writers who had been there many times and witnessed Bobby Jones, Ben Hogan and Arnold Palmer perform great feats, said it really didn’t have a comparable moment in Masters history or any history. I remember my chest and mind seemed to explode in that moment.

Yes, Tiger fans, I saw his forever rolling chip-in at 16 and I had a similar reaction. But we’re talking about Jack here and more seasoned history.

I remember that the late Tom McCollister, a gifted writer of the Atlanta Journal-Constitution, had written about Nicklaus before the tournament in which the words “gone, done, clubs were too rusty” were used. And Nicklaus let us know it ended up posted on the refrigerator at the house he rented for the week in Augusta for him and his family. It inspired Jack, and there was a great moment in the post-win press conference when McCollister rushed in late from filing a deadline early edition story and Jack saw him and stopped answering a question.

McCollister, who died in 1999 and always quick with wit and in his writing, answered: “Glad I could help.”

I remember Jackie, his oldest son at age 24, serving as caddie, and I remember after he shot 74 in the first round, thinking Jack was no longer able to hang with the likes of Greg Norman. Even after a 71 and 69 that left him starting the final round four behind Norman, I just thought he was doing his all to thrill those many fans who loved him. It seemed cool he was sharing it with his son.

Last story: Years later I played golf with the legendary CBS golf commentator Ben Wright. Michael Patrick Shiels, whose Big Show radio program remains heard around the state in the mornings, arranged for me among others to meet Ben, visit him at home, and play two days of golf on a course he had designed. Michael wrote Ben’s book: Good Bounces and Bad Lies.

I partnered with Ben on the second day so we shared a cart, many laughs and I asked about his favorite moments on the air. Jack’s last Masters Tournament win was one of them.

Ben answered with wit, but also humility. He knows his comments on the air are famous, too, thanks to Jack.

BEN WAS A MASTER AT THE MASTERS, TOO

Case in point; what Ben said when Nicklaus was in the fairway at the par 5 15th having started his charge and convinced all he was in this thing with previous birdies at the turn.

“Jack Nicklaus has 200 yards and he’s never needed an eagle more,” Ben said to the television audience quietly in his English brogue. Then Nicklaus fired a 4-iron over the water to the middle of the green.

“And he’s got a very good chance,” Wright said.

Then after Nicklaus marched all around the putt and finally rolled it in for the eagle-3, Wright joined the ovation so perfectly: “Yes sir!” he said. “The battle is joined. My goodness. There is life in the old Bear yet. Magnificent stuff.”

We will leave it there. Great memories. The Masters has a way of building those kind of magnificent stuff memories for all who watch in any manner they can manage.

Here’s hoping Tiger or anybody makes this Masters special, too, especially in a year where the world around us seems askew.