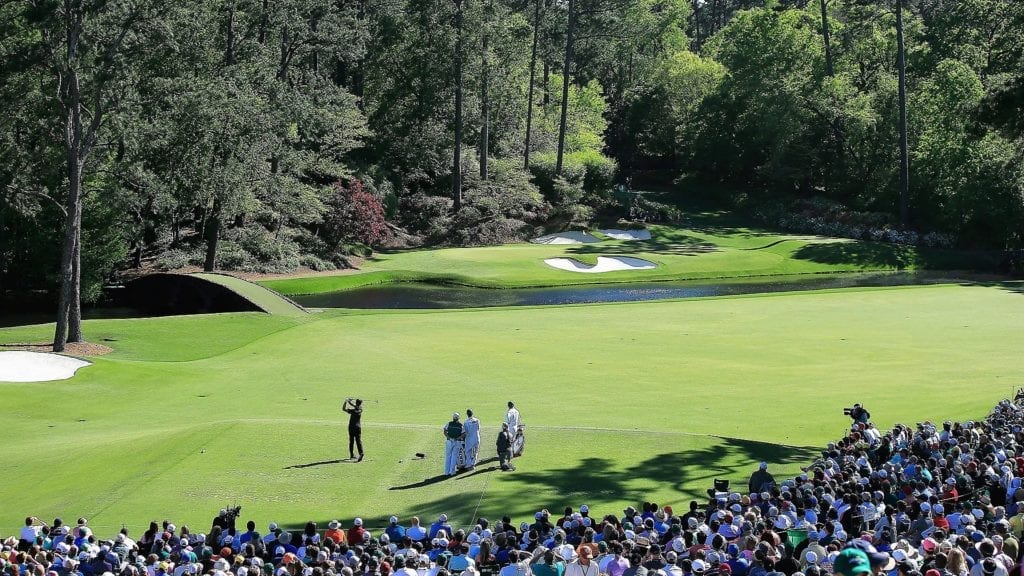 Not being able to see this week a televised Masters in its flowered and splashing green glory complete with poetic announcers and bird sounds has swiped right on spring.

It’s bad enough there was no NCAA Tournament and Final Four, an abbreviated spring training for Major League Baseball, no NBA, no NHL, no nothing for much of March. The world had to call in sick for March. And now April and a tradition unlike, well, you know, has been swiped too.

By the way, Jim Nance came up with the whole tradition unlike thing he says, reportedly during the 1986 Masters, also known as the last Jack Nicklaus Masters. At least that it what it says in the trademark papers for Augusta National. Yes, they own that phrase I didn’t complete.

See, I don’t want a cease and desist letter and I prefer when Nance is saying it because that means the golfers are playing and we get to watch.

MANY VISITS AND ONE ENVIABLE ROUND

Full disclosure and some bragging: I have been to 18 Masters Tournaments as a working sportswriter over the years. I know, working and sportswriter sounds like a stretch. Insult away. I’ve been there.

And, get this, I’ve played Augusta National, shot a million, tipped my third-generation caddie a hundy and had a blast.

Now that we have that out of the way, let’s talk about seeing and not believing what you see at Augusta.

In recent years I’ve watched the Masters on television and television can’t show you the true elevation changes, and it really doesn’t capture the wide-angle broad expanse of green that marvels anybody at first glance. It doesn’t quite capture it, much like watching any sporting event doesn’t quite match the on-site experience.

The golf course is that green, so green and more. The first time you see it, it blows your mind, and then does it again each time afterward.

No. 1 fires up a dramatic hill you have to see to believe. No. 9 fires up another dramatic hill seemingly to your lap. No. 10 rolls away downhill toward Amen Corner (Nos. 11-13 for the very few who might not know). No. 12 looks so easy and so alone surrounded by flowers out there across the creek, and yet almost every year we see the famous par 3 slap somebody’s hopes for Masters’ glory away. No. 15 green looks impossible to hit from the hill where normal people drive the ball. No. 16 is that beautiful and maybe even more than what you see on television. By the way, the chute at No. 18 where the tee balls leave for the sky is really that narrow between the pines.

THE COURSE STARS EACH YEAR

That’s my favorite spot to watch on the course, too. Right behind No. 18 tee. I love that they put the television angle up in the sky and show the shot through that chute from the back-tee position. It’s not as great as being there, but it’s truly the next best thing.

I think its what I will miss the most in this spring that never was; watching the leaders play 18, and watching the golfers play all of Augusta National.

The course itself is a star of the show each year. It’s golf’s only major that returns to the same course each year. It’s history is compelling. As a sporting stage it is unique. I’m always amazed at how well people who have never been to the Masters are very familiar with each hole, the historic shots on many of them, the meltdowns, the chip-ins, the shots from the pines.

I’m as ok as possible in these times with waiting for November 12-15 and a rescheduled Masters. I just want to see it, and I don’t want to wait until next spring.

Photo at top of No. 12 during a Masters round via The Golf Channel