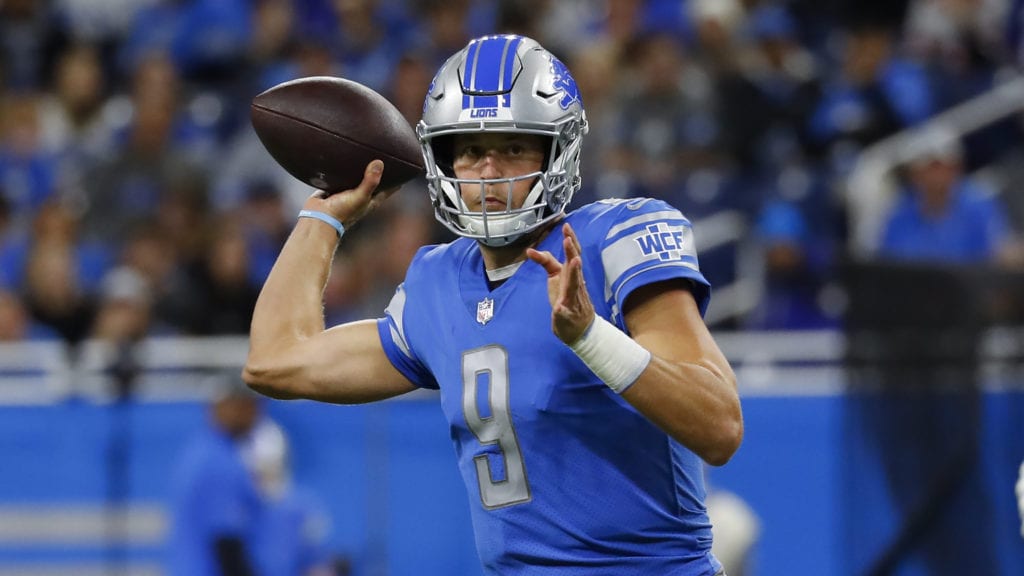 That’s how long Matthew Stafford has been the Lions savior as their starting quarterback.

Twelve years of woulda, coulda, shoulda, punctuated by lots of losing, especially to anybody any good. Its been a long dirty dozen.

The old saying goes, “He’s just good enough to get you beat.” That is exactly how good Stafford has consistently been.

But I must admit it has been a tantalizing tenure for Matthew.  He’s shown true brilliance in stretches. He has a bevy of arm talent.  He can walk and chew gum at the same time.

Sure, sometimes he acts like a baby but he’s no wimp.  Hell, he’ll fight most days.

But most days hasn’t been enough.  Frankly, not even close.

Take this past Sunday’s debacle in Minnesota as a perfect example.  In fact, this game was like a microcosm of Stafford’s dozen year reign of terror with the Lions.

He started out like a house of fire. If the announcers told us once, they told us 100 times (they did) that Stafford had been quarantined all week but was cleared to play in the 11th hour.

The first half gave us prime vintage Stafford. He lit the Vikings up with laser-like precision hitting 16 straight passes after missing his first two. He was 16 of 18 for 114 yards and a TD in a first half that saw the offense move the ball and put together drives. It made you think we might have a chance.

But as we have come to expect, with an opportunity to stay in the game Mr. Hyde took over.  With just under five minutes left in the third quarter Detroit was driving and then blocked a punt the next series. Stafford threw back-to-back boneheaded red zone interceptions quashing both promising drives. (What the hell was he looking at?  He threw it right to them!)

These glaring errors not only killed all hopes of a comeback in the game, but also the season.

For his final act Stafford got his melon squashed on a sack early in the fourth quarter and left the game, presumably going from Covid to concussion protocol in short order.

Twelve angry years is enough, no?

GET THE RIGHT GUY

People are calling for GM Bob Quinn’s head, along with that of the pencil pushing Patricia, but those guys haven’t taken a single snap.