HUGE: IT’S TIME FOR ALL OF US TO LISTEN 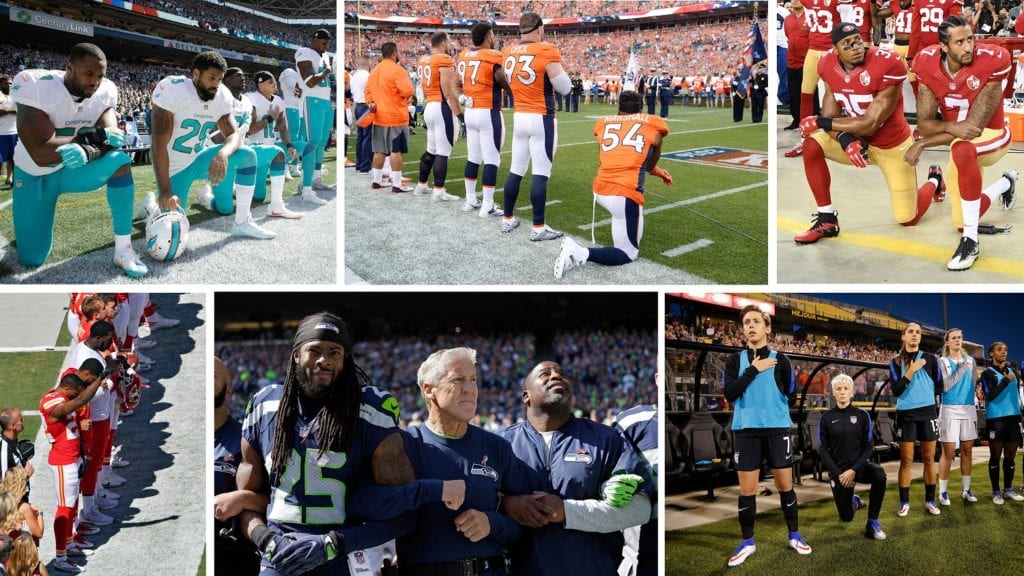 If we want all sports back, our pre-pandemic lives to return and to bring an end to the current social unrest there is a simple way of finding common ground.We all need to listen.

It may be the hardest thing for a lot of us to do, but we really need to hear the voices of all the people in our lives and our country.

If pro sports listens to the medical advice and their fans, all of their comebacks will be much easier to plan instead of spending time worrying about how much money they’re going to get. Every pro franchise needs to hear the voices of people who depend on their games to make a living. Pro athletes must listen to the voices of the medical professionals and the 40 million people who are unemployed. If a pro team listens to the trembling voice of a family lining up at a food pantry to feed their children then their ability to agree to return to play is a simple decision.

The NBA gets this. They had no issues in finding common ground for the good of the game, their fans, and the pandemic safety of all involved. Both sides listened to each other and found a way to return to play.

Major League Baseball owners and players are tone deaf right now when it comes to listening to how important it is for the 2020 season to get started. Egos and money are driving their decision making right now. Not hearing the voices of  medicine, common-sense reasoning and their fans could crush the game for years to come if they don’t get a deal done soon.

The NFL put the league and fans first from day one of this pandemic. They listened. The NFL has never wavered on not playing. That’s why they’re the biggest pro sport in America.

NASCAR and the PGA Tour found ways to listen to all involved to get their business models back up and running.

The NHL listened from both sides to have a plan to finish their season.

College football is now back on track to return  because all involved heard each other’s concerns.

High School sports in Michigan is back on track to return because Mark Uyl and his team at the MHSAA listened to every medical professional they leaned on, the school districts, coaches, and parent feedback on safety during a pandemic to find a way to have a plan to return to playing again.

PATH STARTS WHEN WE LISTEN

We can find a path to peace and resolution on anything  if we all just listen.

I know I can be a better father, friend and radio host if I just listen more. I need to hear what my children tell me they feel. That will make me a better Dad. I need to step back and hear my friends. I also think when doing my radio show I’m at my best when I truly hear the voices of others before mine.

We all need to listen more. The death of George Floyd is a wake-up call for America.

As our country remains divided on so many issues, the most important path to peace and understanding remains hearing both sides and starting a conversation. We can’t find that common ground for social harmony in America if we don’t listen.

We only become educated by listening. I need to do that, and I learned a lot this week on the Huge Radio Network.

I listened as former Piston Ben Wallace was on my radio show this week. He told me about growing up as a black man in the south. He talked about getting paid working in a cotton field as a teenager, and how the black field workers had to talk and act differently when the white land owner would show up. Ben took us into a childhood where his mother told him and his 10 brothers and sisters the parts of Alabama to avoid because of the color of their skin.

I listened. As a white man in America I can’t relate to that. I’m a fool to think I can. All I know is Ben blocked out the noise of hate and deep south-rooted racism to become an NBA champion in Detroit. His most important life lesson is his how to raise and care for his family. When asked about the America we lived in today I was impressed Ben didn’t label all police officers as enemies of people of color, but instead talked of the work we need to do as a country to come together.He supports the protests but not the violence. Ben’s mother raised a great man.

I listened  to the words of NBA insider Scoop Jackson from ESPN Chicago during his Huge Show interview this week. He brought real perspective to the current social unrest in America. I talked with Scoop about being a black man in America today. He said the toughest part was the way people looked at you differently because of his skin color. I could hear it in his voice how much that bothers him. He said local and national issues may not be not based on just black versus white. He said they’re centered on the lack of true power to help black America. He pointed out the pandemic and the current protests, rioting and looting as trigger points for black communities. He said that the power to bring true change in America is in politics and money, and that is something he feels is still fueling the color
gap in America. I listened to Scoop.

The ultimate power in our country is to get out and vote. If your elected leaders aren’t helping or bringing positive change to where you live then vote for what you need on the local, statewide, and national level.

I learned a lot from the Ben Wallace and Scoop Jackson interviews. You can hear them in the podcast section at: www.thehugeshow.net

I also listened to what Drew Brees had to say about his stance on kneeling  for the  anthem while still supporting racism equality and fighting social injustice with his teammates. His timing on talking about the anthem was the issue. I listened to what other NFL players had to say going in strong against what Brees said. Then came the comparison to Colin Kaepernick kneeling and the heat he still takes for that.
My personal view on the difference there wasn’t as much the silent protest of sitting or kneeling  but wearing the pig socks at practice and his words of stereotyping all law enforcement as being racist modern-day slave patrols. Kaepernick’s issue that the American flag stood for oppression is something I still disagree with. I did then and still do support his desire for racial justice and the firing of violent cops in America.
If you look at it, most of the other players who silently protested before games or said what they were feeling about law enforcement without drawing a hard line on their stance, took little criticism. Kaepernick has a right to his opinions on the flag and law enforcement. The tone of how he delivered his message is what riled people up and why another NFL team didn’t sign him, not the kneeling. Drew Brees was guilty of bad timing on expressing an opinion on the anthem.

Regardless of what any of us think of what Drew Brees and Colin Kaepernick said, they have a right to say what they feel.

I believe all opinions should be tolerated in America. As long as there’s not hate/hurt in one’s message, the voices of all in our country should be heard.  Finding common ground is based on peaceful protest followed by face-to-face communication to bring change.

I think the way any big name athlete or person can bring the immediate changes necessary in social justice reform is to go to their local police departments and political leaders to start that conversation. Do that now. They will listen.

I also want America to listen to the pain and fear of families of law enforcement. There need to be voices for those good men and women who carry a badge. As we all are united for justice in the brutal murder of George Floyd and other black men and women by rogue cops, we need to feel that same unified anger for the cold-blooded killing of honorable police officers. Rioting, violence, and looting businesses isn’t going to bring change in America. There’s so much more of a message that needs to be heard by millions during the peaceful protests.

This is why the conversation and understanding in America needs to start now. First, you find common ground when police departments are removing those officers who don’t deserve to put on a uniform. That is a small percentage of those who serve and protect our streets. We need strong police departments. Could you imagine what our country would be like if we had no police officers to protect our lives, families, property, or businesses? The necessary change with law enforcement is them being more transparent and having accountability in and outside of departments through more training.

We then implement more racial education in our schools. I believe racism is taught, not part of your DNA. It’s so important to rebuild our inner-cities in America before we rebuild other countries. Better living conditions, schools, and community based sports/education programs will give hope to people of all skin colors while lowering crime rates. That leads to a better America for all.

This is why we all need to listen now. It’s time to bring our country together.