WHAT TO KNOW ABOUT MIDSEASON HEISMAN CANDIDATE, KENNETH WALKER III 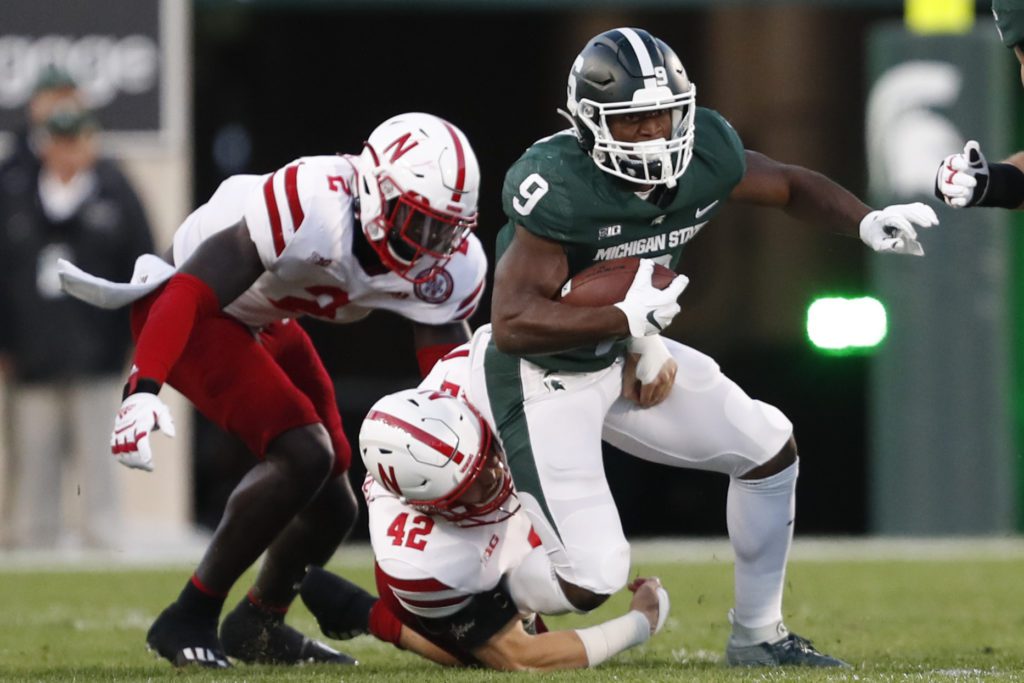 In recent years, the only national attention surrounding the success of Michigan State athletics was based on the hardwood of the Breslin Center. But Spartan football head coach Mel Tucker’s second season at the helm has exceeded all expectations, as MSU stands at 6-0, is ranked No. 10 in the AP poll and has one of the top Heisman Trophy candidates leading its backfield: Kenneth Walker III.

Since his very first play as a Spartan — a 75-yard touchdown rush on MSU’s first offensive play of the season — Walker has absolutely dominated the gridiron. Week after week, the transfer running back has continued to shine, and now he has the opportunity to become the first Heisman running back since Derrick Henry in 2015.

It’s been a while since MSU football had something to celebrate. Most fans would never have anticipated this being the season to start having high hopes again, but it is, and a lot of it can be credited to Walker, who currently leads the nation in total rushing yards with 913.

The running back’s relationship with football started long before his six games as a Spartan. Walker was recruited in the offseason from Wake Forest, a program that is all too familiar with what the junior brings to the table.

In his first season with the Demon Deacons, Walker became the program’s first freshman in almost 20 years to lead the team in rushing in three-straight games. Also in that season, he ran for a 96-yard TD rush against Rice, which served as the longest TD run in program history.

He followed the season up with a strong sophomore campaign, rushing for 579 yards and finishing the season third in the ACC in rushing touchdowns with 13.

Walker was an exceptional running back for Arlington High School in Tennessee. In his years at Arlington, he rushed for a total of 3,485 yards on 493 carries and scored 41 rushing touchdowns. He also posted 13 games with at least 100 rushing yards.

Walker was also successful in the air in high school, having recorded a total of 1,058 yards on 64 catches and 16 touchdowns.

In his senior season, the running back was nominated for the Tennessee Sports Writers Association All-State team and also received first team all-region honors at both running back and kick returner.

A special season was bound to be in the making after Walker rushed for four touchdowns in his first game as a Spartan, which hadn’t been done by an MSU player since Edwin Baker in 2010.

As of now, he is the only player in the country to rank in the top 10 in rushing touchdowns, total touchdowns, all-purpose yards and yards per carry.

A Heisman narrative that would have been considered a stretch just three weeks ago is now a very strong possibility, as he was recently picked as The Athletic’s leading candidate for the award in the second week of its Heisman straw poll.

The award was a goal Walker had written down way back in March. There’s a lot of football left to play this season, but the objective is very much attainable.