FRIENDSHIP, FAMILY AND A TEST OF FAITH 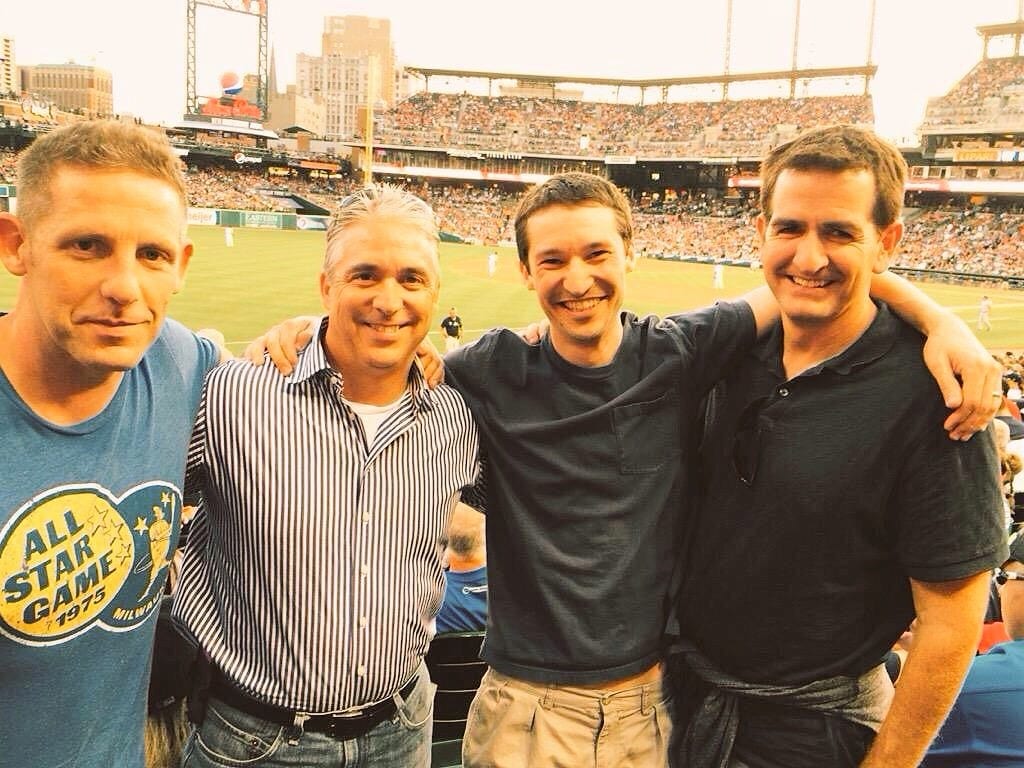 I’m sure we can all define friendship in different ways.

Loyalty and honesty are vital to any “real” friendship.

Jamie Samuelsen perfectly characterized those traits and that is why I have always considered him a trusted and dear friend.

Jamie, Greg Brady, and I worked together on a morning show in Detroit called “Jamie & Brady,” produced by Jon Klimczuk.

It was widely popular and incredibly fun.

Jamie steered the ship and he was a hell of a commander. On a daily basis, he displayed the traits that made him THE BEST talk show host in the city and those traits never left him.

Ya see, the easy thing to do in talk radio (sports or news) is to scream, or go on what is called rants. It’s easy to just throw out a number and hope callers carry your show. And it doesn’t take much talent to just start ripping on people and hope others follow suit to get through a 3-4-hour show.

JAMIE TREATED ALL WITH RESPECT

Jamie didn’t do that.

He was thoughtful in his pursuit of sports discussion. He asked well-researched, good questions, and he treated callers, guests and co-hosts with respect.

Often times after shows, we would all go out to breakfast. We’d talk-not about sports-but about life: wives, kids, dreams. Most of all, we’d laugh. Man, would we laugh.

We weren’t just co-workers and we were more than just friends. We were all like brothers. It was a unique camaraderie that not many experience in the workplace, especially in this business.

My favorite conversations were about family. Jamie and his wife Christy were pregnant with their first child, Caroline, at the same time my wife, Lisa, and I were expecting our fourth child-Rachel. As couples, we’d go out to dinner and share stories of parenthood and expected parenthood. At the end of the evening, my wife would always say, “I like them-they’re so comfortable.”

Jamie would ask me about the sports my boys played, for example why they got involved in hockey or lacrosse and travel sports. We’d talk of keeping score at our sons baseball games and coaching and clinics and the things to do to make sports a more enjoyable experience. We’d talk of his daughter’s band and how he’d take as much pleasure in watching her as he did watching his son play ball.

He would talk and he would listen. It was so therapeutic.

Last summer, while I was on a road trip with the Tigers, Jamie called me and told the news of his colon cancer. I stopped jogging, sat on a street bench and we talked for over an hour. He sounded positive and still upbeat. He left me feeling hopeful.

When the Tigers season ended, we had lunch together. We talked briefly about my first full season in the booth, his daily morning show and sports in general. Our conversation quickly changed to our children and life and playing catch with our boys and coaching them in baseball and the incredible joy that brought. Only this time, during the conversation, he admitted concern. He said, “Christy and I have talked to our kids about it (cancer) without scaring them, but Shep I want to be there for my kids.”

Sure, any good father would feel the same, but he was so unselfish. He cared so deeply for his family. It was inspiring.

He as so devoted to those close to him. You felt almost honored that he was your friend.

It was an emotional weekend. After learning of his death, I called a lot of people Saturday night: Jason Hillman, Bob Wojnowski, Mike Stone, Dan Miller, Greg Brady, Matt Dery, Jon Klimczuk. We shared some laughs and a lot of tears and disbelief that someone so good be taken so early in life.

It is times like this that test your faith.

I don’t have the answer, neither does any spiritual adviser. I just hope he’s in a good place where he gets the chance to pilot another ship.

He was a gifted professional, but a better husband, father, son and friend. I loved him and I miss him.