HUGE: BASEBALL NEEDS TO GET ITS ACT TOGETHER 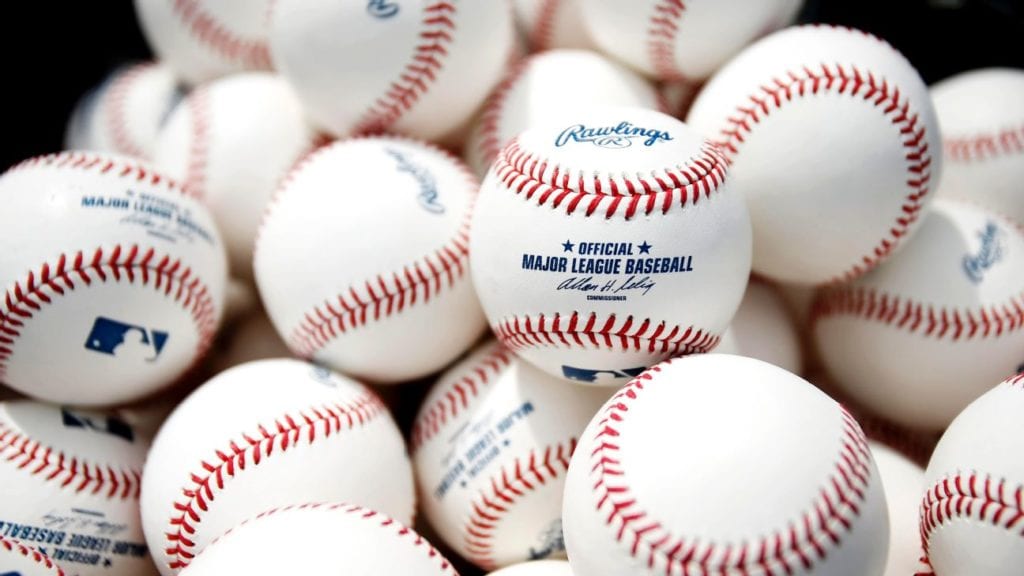 This morning I noticed the syndicated Michigan Sports Network’s X’s and Bro’s radio show tweeted out a poll question on what baseball could do to win the fans back.

My initial reaction was just play this year. It seems like a pretty simple first step. Then I went into a little deeper thinking mode on the lack of trust I have in the game today courtesy of the Astros, Red Sox, Rob Manfred, the MLB Commissioner, and even my beloved Detroit Tigers.

My first huge opinion question is: Why didn’t baseball have an agreed-to-plan a month ago? The open stubbornness and greed of both sides is an embarrassment to the league.

Baseball could have and should have been the first big sport to return to playing in America. How hard is it to know both sides had a chance to be the sports leader on helping America dig out of a pandemic?

They could have owned TV and the majority of fan interest the entire month of July.  Think about it; 3-to-4 games a day broadcast nationally Noon to Midnight. With no fans in the stands and different time zones, the ability to adjust the TV schedule to almost non-stop baseball is exactly what the sport needed.

Instead, the back-and-forth rhetoric makes it feel like neither side wants to play this year. Ridiculous schedule offers, over-inflated salary demands, and no good medical reason put out publicly on why they shouldn’t play, have dominated the headlines.

The chance for Major League Baseball to capture the moment and the fans is gone. They can’t now just rush into a deal and expect to have that national rush of love for the game. The damage is already done. Nobody has liked anything either side has said publicly since they started talking of playing again.

The media and fan trust in the game is suspect. The off-season blind eye by MLB to what the Astros and Red Sox players did in cheating to win has put the game at an all-time low with the majority of fans I talk with. There is no wide trust or loyalty to Major League Baseball in America. They had their chance to get all sports fans excited about the game when people were desperate for live sports on TV. MLB missed their chance to reconnect with fans and the media just like they had the opportunity to put character before cheating with the Astros and Red Sox off-season scandals.

Baseball had better wake up. They need to understand the reality of not playing this season when health officials said it could be done. No baseball this year will be catastrophic to the game’s future.

For us Tigers fans, we are almost to the point of who cares if they don’t play this year. There were no expectations for this team in 2020 and fans weren’t showing up at the ballpark to watch them play.

TIGERS TAKING TOO LONG TO REBUILD

Tigers GM Al Avila has a ton of minor league pitching but is still thin on any big major league-type hitters outside of Riley Greene. I assume Wednesday’s five-round MLB draft will feature the Tigers taking all hitters.

The rebuilding of the Tigers shouldn’t have taken this long. The constant back-and-forth with fans on be patient with building a farm system first is partially correct. The Tigers’ minor league talent is now in the top five in baseball. This Huge question remains though: Will those minor league arms make the Tigers relevant again? Nobody knows. Waiting on a kid a year out of high school like Greene to be a star will take time.

I don’t think Avila or the Tigers franchise can wait much longer. Forget this year, whether they play or not. In 2021 the Tigers have to be competitive for the AL Central crown to win back the trust of the fan base. We’ve all waited too long.

It is hard to watch Major League Baseball swing and miss on an easy pitch to hit when they could’ve created this tidal wave of emotion to be the first big sport back on TV. Even if they get a deal done now, both sides have lost the fan and media mojo that would have been there.

If baseball wants to earn the trust back from fans, it starts with quickly finding a way to play the 2020 season. Then punish players who cheat.

That’s how baseball gets me to go all-in again.

PrevPreviousHUGE: IT’S TIME FOR ALL OF US TO LISTEN
NextSHEP GIVES TIGERS HIGH DRAFT GRADESNext