LEERY OF LIONS IN NFL DRAFT

I understand the desire for Lions fans to “move on” from General Manager Bob Quinn and head coach Matt Patricia.

It hasn’t worked out the way you or I expected – make that desired.

I think Quinn’s 2018 draft was solid, but he lost a ton of credibility when, besides firing Jim Caldwell, he drafted Teez Tabor in the second round in 2017.  “I’ve watched more tape on Tabor than I could ever remember watching,” he said while ignoring the red flag of a 4.62 40-yard dash time at the NFL combine. 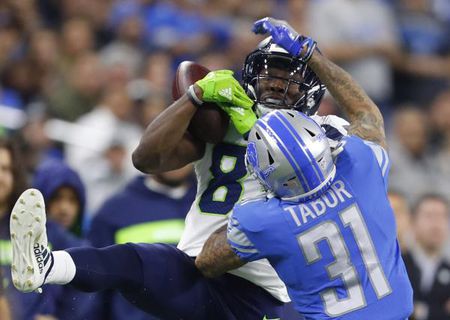 It is tough to win over a fan base when you basically stake your reputation on a player whose career lasted just 22 games and five starts.

This year, the Lions will have four of the top 85 picks.

They MUST hit on all of those picks. They have so many needs: cornerback, interior offensive line, pass rusher, wide receiver and running back.

Think about it: The backbone of this team should be five years into their careers. In other words, the backbone should be the 2015 draft class. Instead, the Lions have none of those seven picks on their current team since the last of them, sixth-round pick Quandre Diggs, was traded last season to Seattle.

Many Lions fans want their team to draft Alabama quarterback Tua Tagovailoa third overall so they can look to the future, as if drafting cornerback Jeff Okudah, defensive end Chase Young or defensive tackle Derrick Brown isn’t drafting for the future of this franchise. That’s fine. I understand the mindset. I wouldn’t do it, but I get why some people want to begin “the rebuild.”

The issue I have with the Tagovailoa is his injury history. He played eight games as a freshman because Jalen Hurts was the well-positioned starter, but he guided his team to a national championship. He played 15 games in leading the Crimson Tide to a title game appearance as a sophomore and only nine games as a junior due to injury. Tagovailoa has had to deal with a serious hip injury, required two surgeries to repair a couple of high ankle injuries and suffered a fractured hand.

There is no question he is the most accurate passer in the draft. He throws with spectacular touch and fluid mobility. He seems like a great individual, impressive leader and someone you’d want as the face of a franchise.

But the injuries have to be a red flag. 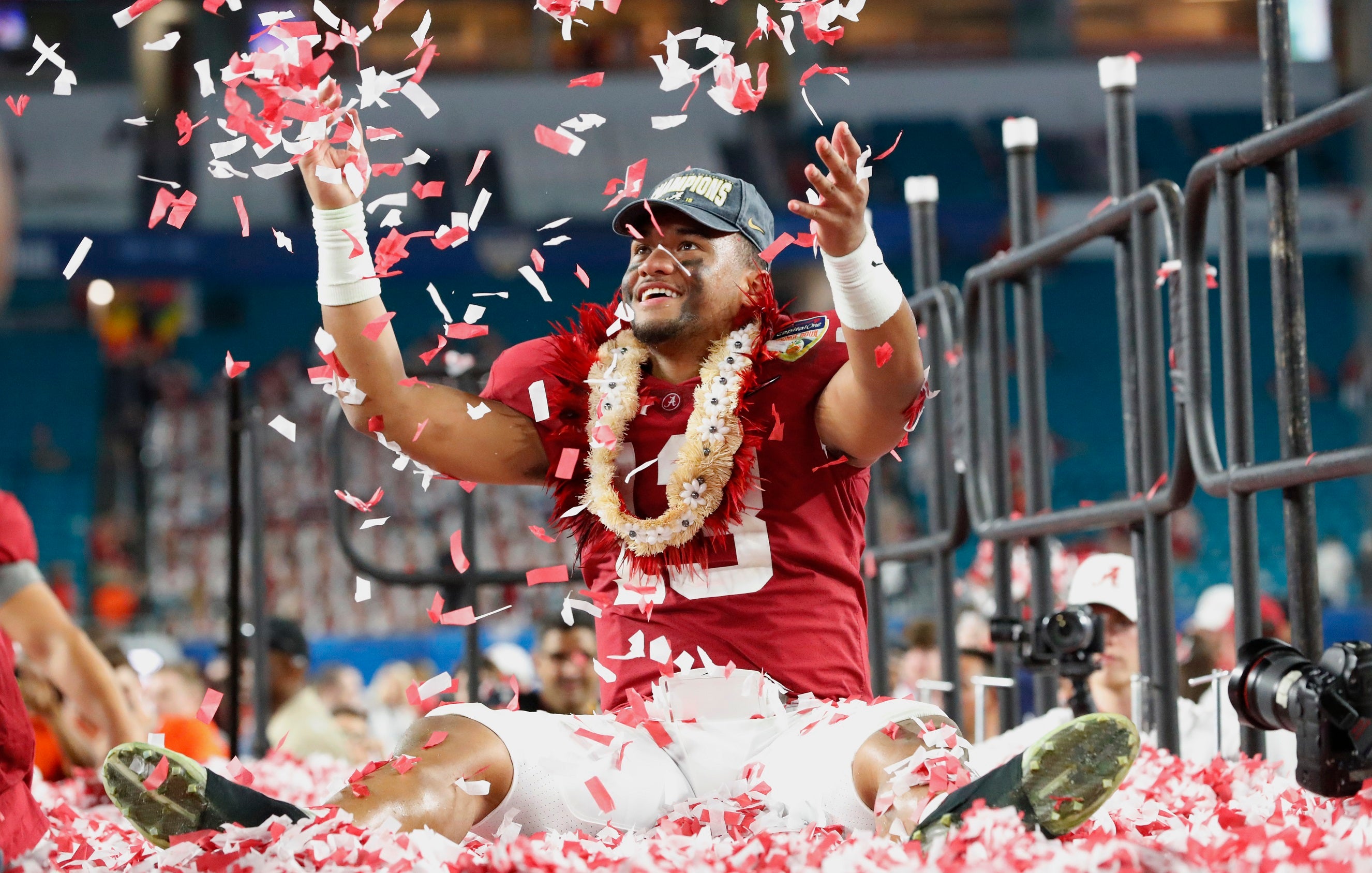 Granted, all are different players with various injuries, but there is a history that cannot be ignored.

And speaking of history, questionable picks have haunted the Lions and its fan base since the late 1950s. Remember, this is a franchise that drafted a kicker, Jerry DePoyster, in the second round before it took Hall of Famer Charlie Sanders.

That’s a long enough track record for me to be leery.

Featured picture at top of Lions helmets from ClutchPoints.com

Picture of Tua Tagovailoa from wishtv.com