We’re thirsty for any live sports, but we’re also in need of story lines and sports topics. How else do you explain the consistent headlines surrounding “The Last Dance,” the documentary about Michael Jordan and the Bulls championship runs?

Full disclosure here, as a kid growing up in the Bad Boys era, I HATED the Bulls and I HATED Michael Jordan. I respect his basketball ability for sure – he’s the best to ever play – but I have always found it nauseating how people fawn all over him like he never did anything wrong.

I took it personal when Jordan, between games three and four of the Eastern Conference Finals in 1991, said the “Pistons were undeserving champions” and that “The Bad Boys were bad for basketball.” 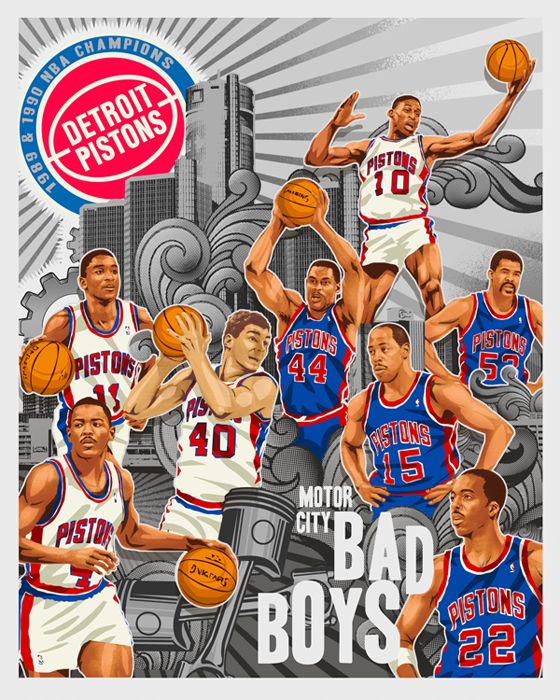 He said that. About our team. And yet when he made a comeback with Washington in 2001 he received a standing ovation at the Palace. I was there and I was sickened, but that’s another story for a different blog.

So greatness is bad for basketball?

Because the Pistons didn’t win the way the almighty Mikey thought a team should win makes them bad for the game?

All this stems from how physical the Pistons were with Jordan and the Bulls en route to beating them in the 1988-1989-and 1990 playoffs. Jordan acted like he was the only one getting pushed around by the Pistons and the national media lapped it up because he could do no wrong. The media apparently didn’t think Charles Oakley or Bill Cartwright were physical; they must not have been paying attention when Charles Barkley or Xavier McDaniel got rough; maybe they fell asleep watching Karl Malone’s sharp elbows thrash point guards who ventured down the lane.

Bill Laimbeer is right. The Bulls were whiners. Don’t get me wrong, Laimbeer was too, but that’s the nature of the sport. Danny Ainge and Kevin McHale, Reggie Miller, Scottie Pippen, Tayshaun Prince, Charles Barkley-none of them ever thought they committed a foul when the whistle blew.

Michael Jordan got away with plenty. It doesn’t take away from his greatness because he’d be the best in any era in which he played, but please understand why I pause before anointing him to sainthood.

Jordan was upset because the Pistons didn’t shake the Bulls hands in 1991 after Chicago broomed Detroit out of the playoffs. Does he think it had anything to do with his statements about the Pistons? The Celtics walked off against the Pistons in 1988, but not much was said or written about such a “classless” act.

Because Boston has tradition and they won games the “right way.”

The big bad Raiders can be revered by ESPN and the media for being tough and winning the way they did, so can the Steelers and the Broadstreet Bullies Philadelphia Flyers teams. We can be forced to embrace the hated Red Sox-Yankees rivalry, highlighted by fights and brush back pitches, but the Pistons of the 80’s were bad for their sport.

PETTY JORDAN IN THE LAST DANCE

Jordan was also the primary reason behind Thomas NOT making the 1992 Olympic Dream Team. That’s right. His Royal Highness used his influence and the petty grudge from the 1991 playoff incident to keep Thomas from a rightful spot. To add salt to the wound, neither Thomas’ coach, Chuck Daly, or his good friend (supposedly), Magic Johnson, would stand up to Jordan and defend Thomas for a spot on that historic squad.

Maybe no one wanted to play with Thomas as Johnson pointed out in the book, “When the Game Was Ours,” but Thomas was deserving of the chance. I would argue he should have been the fourth person selected, but instead guys like John Stockton, Chris Mullen, Clyde Drexler and Jordan’s pal Scott Pippen were there wearing Team USA uniforms. Larry Bird made it at age 36 and Johnson made it after retiring in 1991.

I understand why many don’t like Isiah Thomas. He’s a smiling assassin and many don’t trust him. He’s viewed as fake. I would argue no more of a phony than Magic Johnson. And isn’t it funny that Laimbeer is anything but fake and yet he’s hated just as much, if not more, than Thomas. I’m not here defending Thomas as a sportsman because I didn’t agree with the Pistons walking off the floor in 1991 either. I found it to be bad sportsmanship, but can we stop acting like that was the only team to exhibit such and can we stop pretending Thomas and Laimbeer were the only athletes to have their competitive fire overtake their best judgment.

And can we PLEASE stop portraying Michael Jordan as the player who never did anything wrong?